About 40km southwest of Ottawa, on Dwyer Hill Road near Richmond, lies the rugged Marlborough Forest. Like much of the area between Ottawa and Carleton Place, the Marlborough terrain consists of barren patches of limestone pavement punctuated by broad swamps and scrubby thickets of spruce and cedar. Not exactly farm country, but full of all kinds of wildlife including bears, deer, and some rare species of plants, snails, and other small creatures. Great terrain to explore on a dual sport bike: the motor allows you to evade the bugs (mostly) and make somewhat of a cool breeze on an otherwise hot, shadeless day.

Unfortunately for dual sport riders, the intriguing forest trails that continue off O’Neil Road, Roger Stevens Drive, and Flood Road in Marlborough Forest are now closed from March to September—prime riding season. Since I wasn’t about to make a special trip back to mountain bike the area, exploration will have to wait until there’s a safe window around hunting season. It’s disappointing but the need to restrict access is entirely understandable. Too bad some people ruin access for everyone by not following with the rules. If you do choose to ride here, please stay on the roads and be gentle on the landscape. We're lucky to have this rare natural environment so close to an urban centre--let's keep it in good condition!

Fortunately, the closing of one riding opportunity often enables other interesting finds.

One find in particular is an unmarked pioneer burial ground that lies near the rail crossing at Dwyer Hill Road. It's a rare bit of history and testimony to the hardscrabble existence the early Europeans faced when homesteading in this area. The pervasive limestone prevented digging graves, so burials consisted of piling stones on the remains. Coincidentally, CBC Radio featured a story on this very site shortly after my visit. Apparently it's not listed in the registry of Ontario burial grounds and may need an archaeological assessment. 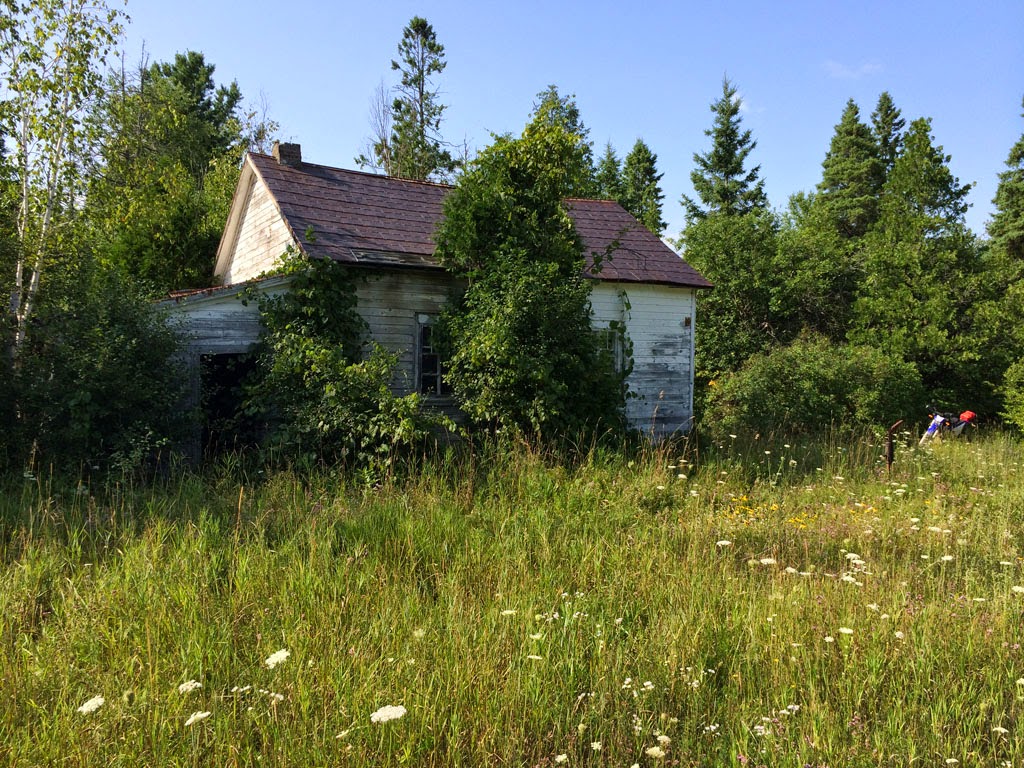 All by its lonesome down an uninhabited road (it’s funny to think of the Google street view car coming down here), the building appears to date from the early 1900s and was probably still used as a school house up to the 1960s or even 1970s. A hand pump stood in the overgrown yard, and behind the building were remnants of a two-seater outhouse. 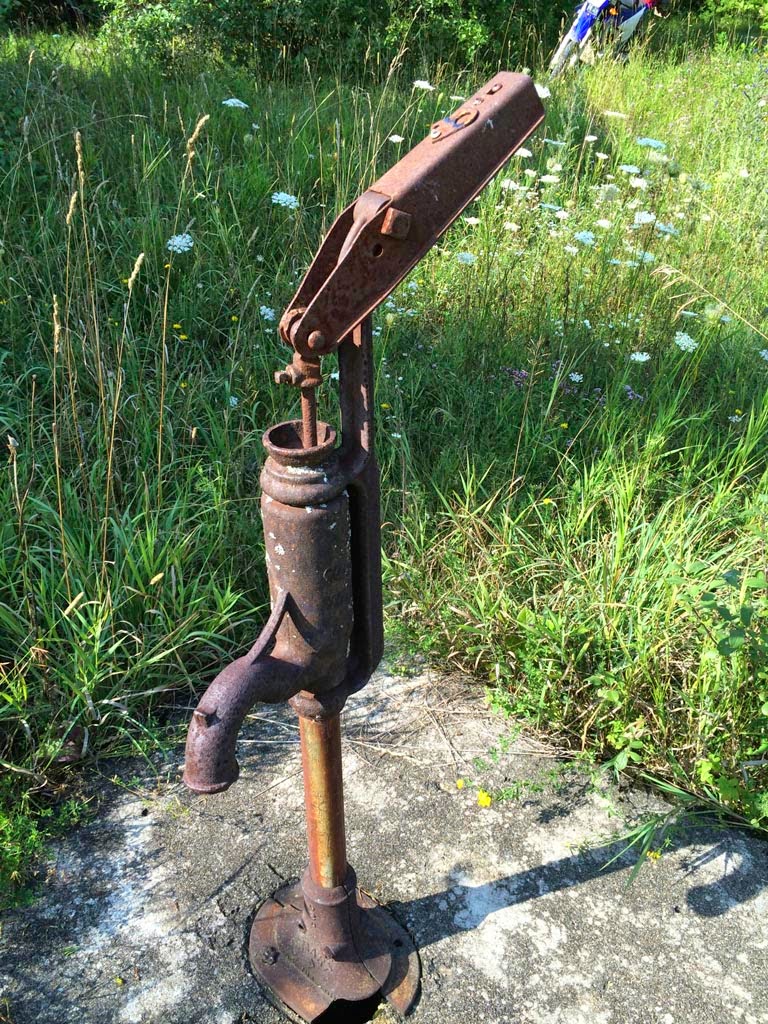 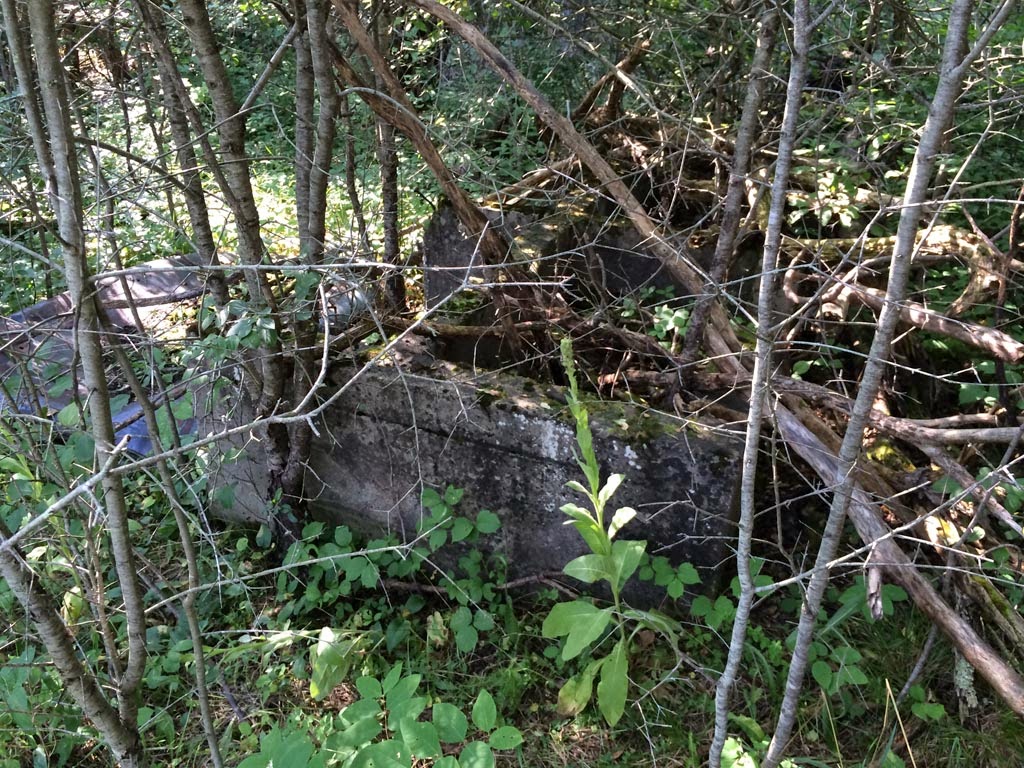 It looks like the outhouse used cans located under the seat and behind an access door at the back (I grew up with a similar arrangement in Australia). The rock would not have allowed excavation of a pit. It was probably a punishment for some poor student to have to dump the cans at the back of the lot somewhere.

Surprisingly, the school house is open and maintained on the inside. 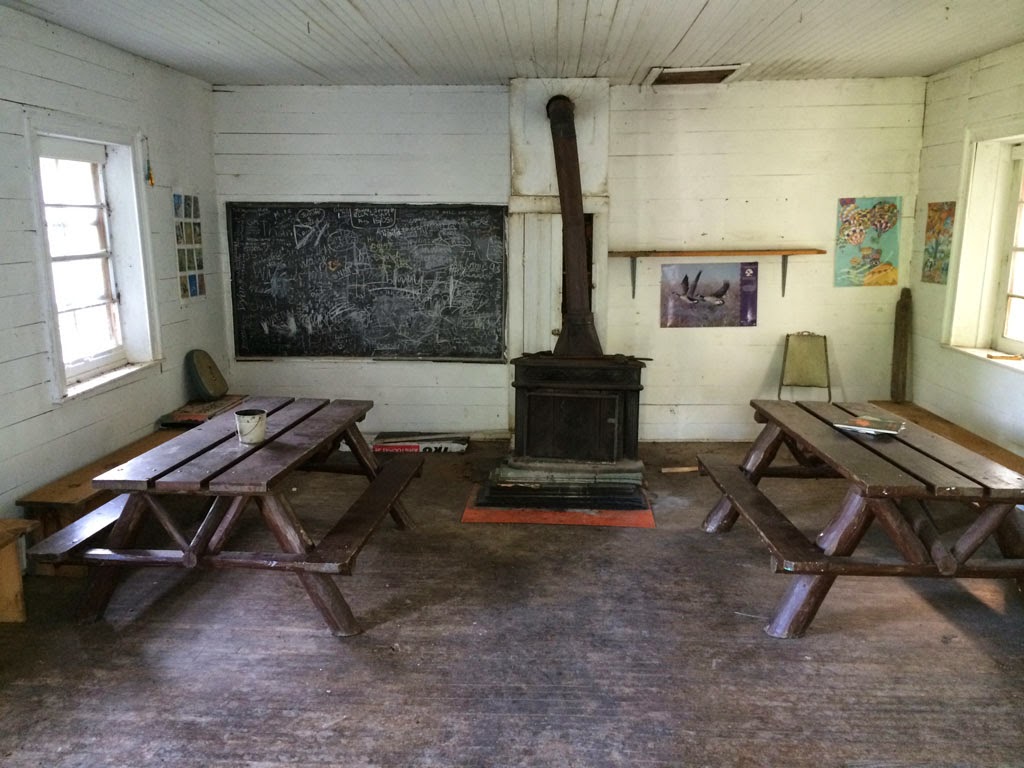 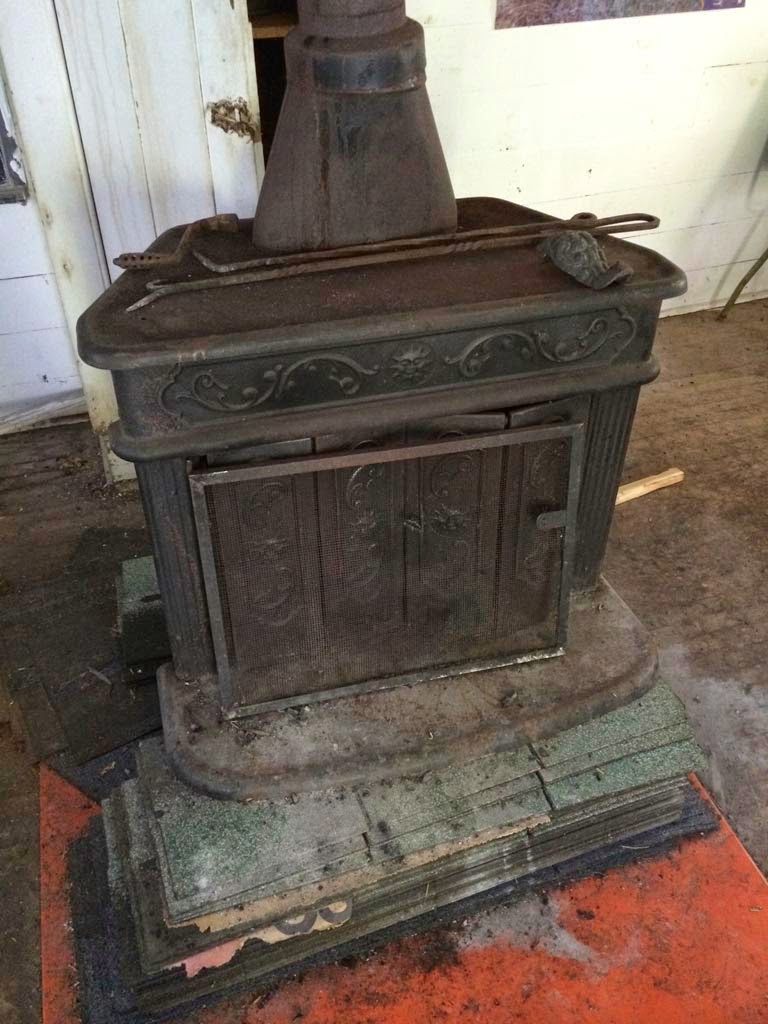 None of the information posted inside indicated the history of the building. A web search revealed it’s owned by the Ministry of Natural Resources and serves as a base for hiking trails on adjacent lands. Later, I tried to find out about the history of the building but couldn’t find a record of it in my usual sources. oneroomschoolhouses.ca didn't have a listing either. Since then I've managed to find out more - see the end of this posting for an update.

Traveling past the school house, the road deteriorates into a rough track that passes a lonely abandoned homestead and then crosses a swamp. Don't be deterred by the swamp. You can ride through it quite easily on a large bike with 50/50 tires because the bottom is solid gravel and the muddy parts are not very slippery. In any case, the track joins a main gravel road just a few dozen metres past the water crossing. 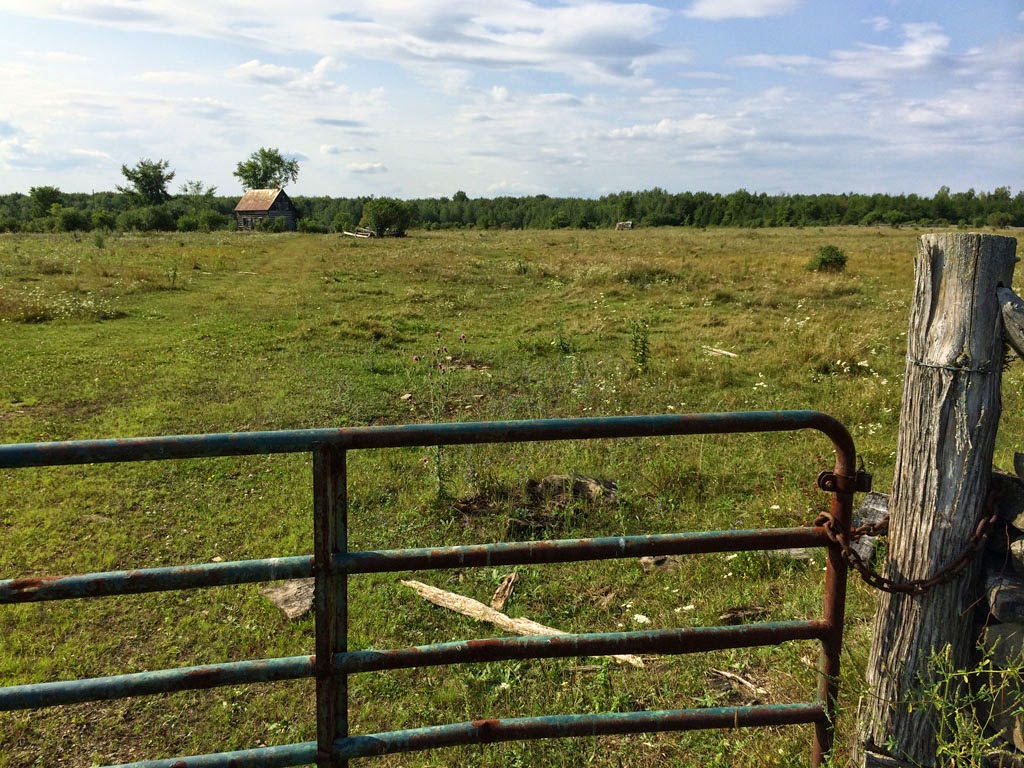 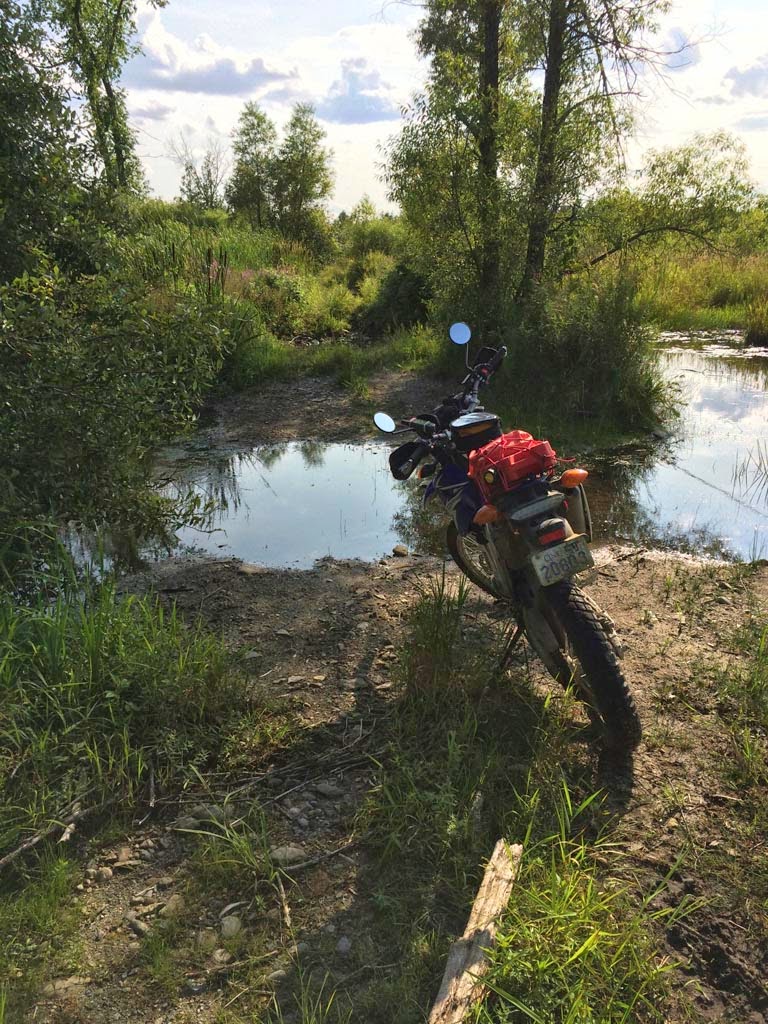 This was a great little find of pioneer history right on the doorstep of our nation's capital.

Owen Cooke, a volunteer at the Rideau Township Archives, was kind enough to show me a binder of historical records they have on this school house. These consist mainly of handwritten bylaws dating back to 1887 that cover the formation of the school sections. I took pictures of all the contents - contact me if you want copies. Below are some highlights I've pieced together.

Note: The wording of the bylaws is a bit confusing because it refers to both the formation of school sections, and schools. I'm not sure what relates specifically to the school house in question. Some of the details would need to be compared with contemporary maps of the area. 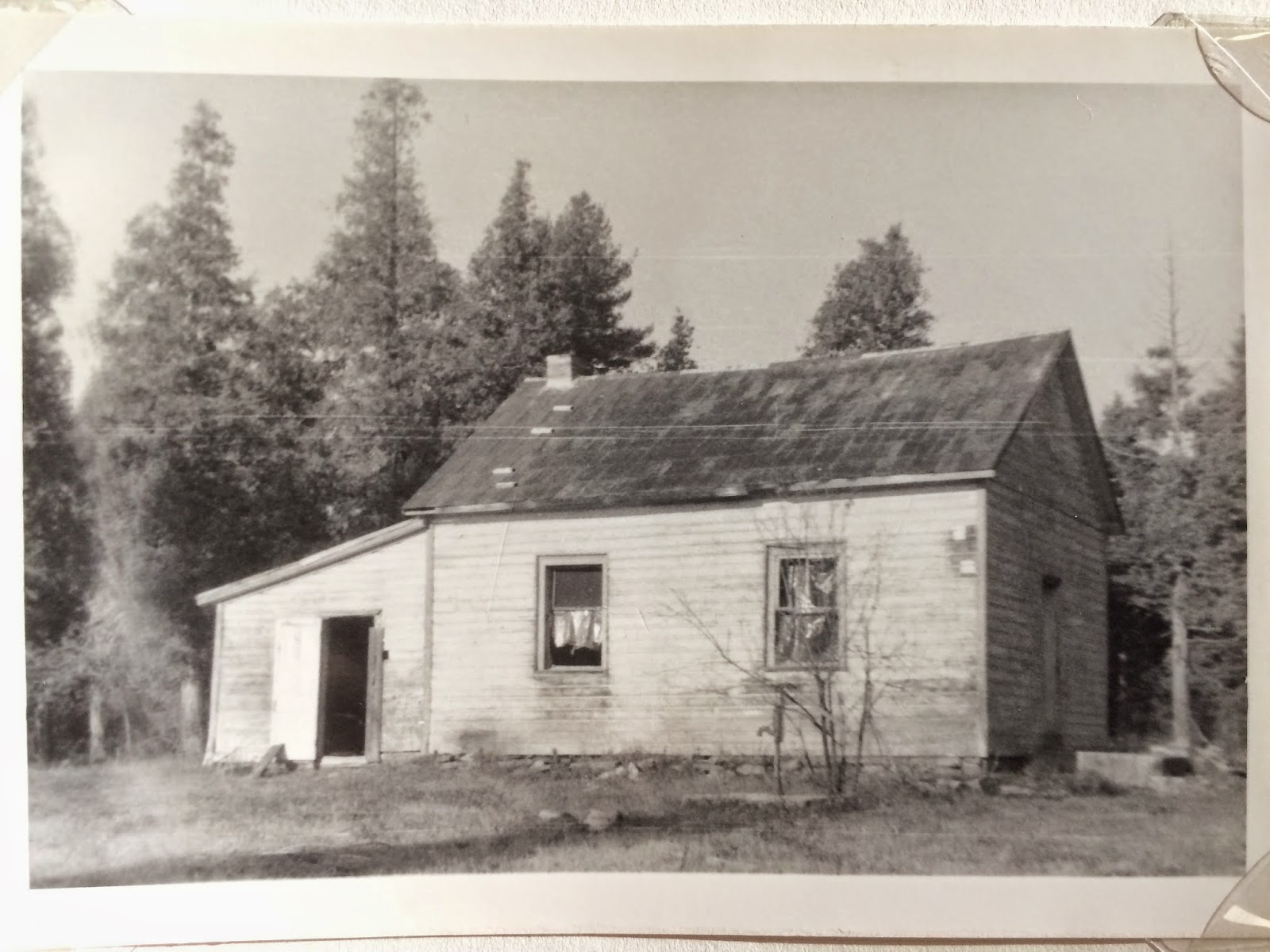 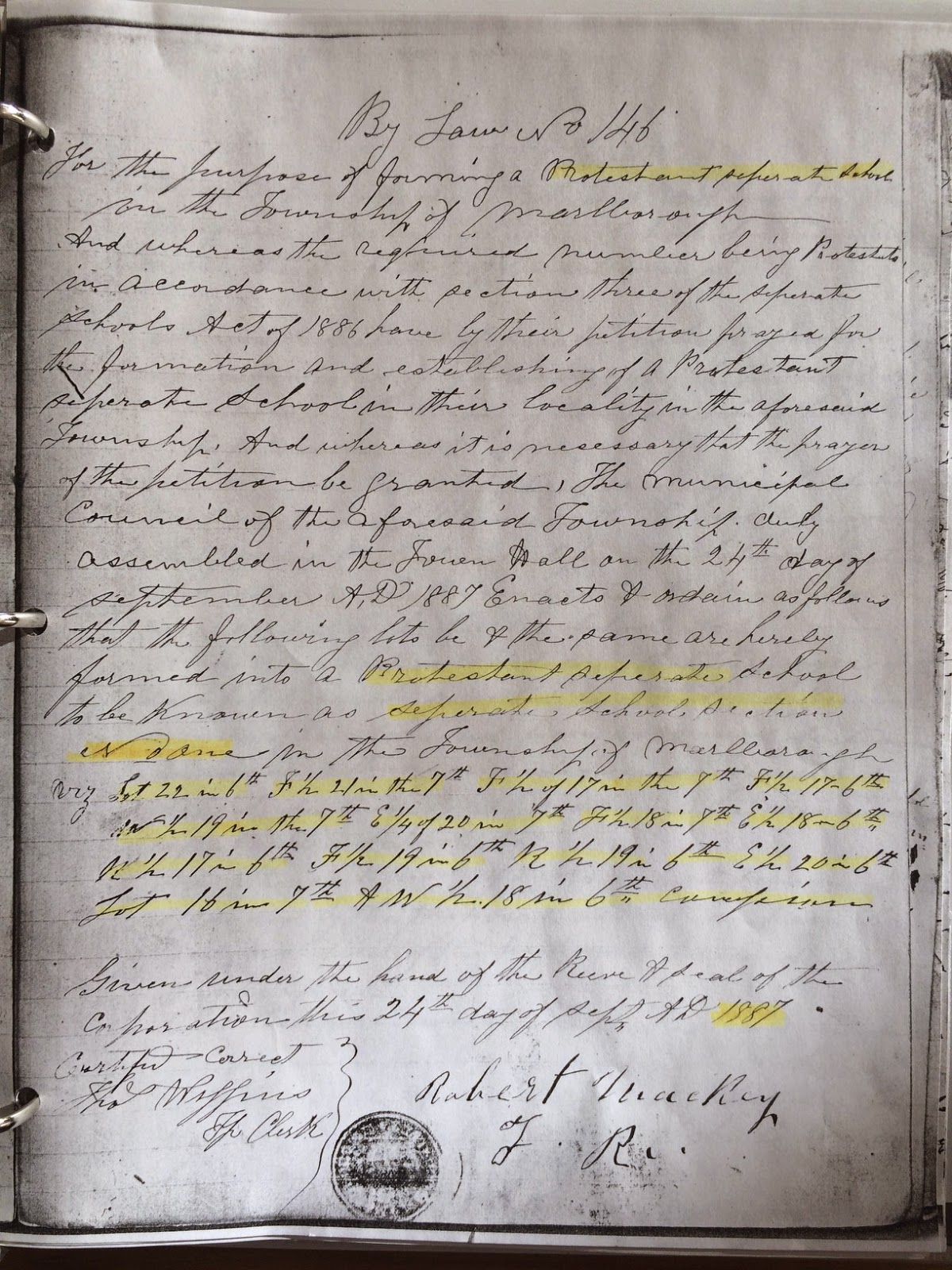 My interpretation is that the school sections were being formed and reformed throughout the period from 1887 and on, to support the shifting and growing needs of the population. This particular school house was probably built in the late 1800s or early 1900s (but before 1905). It's possible the present building is the original school house built to serve the larger population associated with the newly formed and larger Public School Section (Bylaws 206 and 251), and in particular the growing family of McKennas nearby.

Posted by Frankenbuffer at 4:01 PM